The Tulip Nebula (Sharpless 101) is an emission nebula located in Cygnus constellation. It lies at an approximate distance of 6,000 light years from Earth and has an apparent magnitude of 9.0. It occupies an area of 16 x 9 arc minutes of apparent sky and has a linear diameter of about 70 light years.  The HII region is called the Tulip Nebula because its shape resembles the form of a tulip and it has a reddish glow in long exposure photographs. Astronomer Stewart Sharpless listed the object as Sh2-101 in his 1959 catalogue of nebulae. 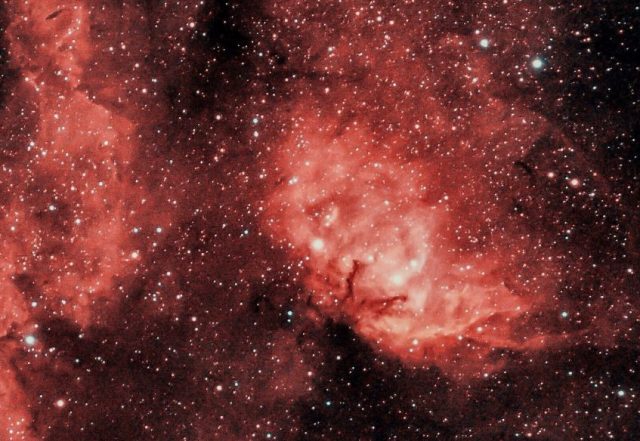 The emission from the Tulip Nebula is powered by ultraviolet radiation of the hot young star HD 227018. The O6.5III class star belongs to the Cygnus OB3 association and has a visual magnitude of 9.02. In images, it can be seen near the nebula’s center.

The nebula is located in the vicinity of Eta Cygni, the magnitude 3.89 star that lies midway between Sadr (Gamma Cygni) and Albireo (Beta Cygni) and forms the lower part of the Northern Cross with them. The Tulip Nebula can be seen about 2 degrees southwest of the Crescent Nebula (NGC 6888). Both objects can be found along an imaginary line drawn from Sadr, the central star of the Northern Cross, to Albireo, the contrasting binary star that marks the celestial Swan’s beak. The nebulae reside in the Orion Arm of our galaxy, in a rich Milky Way field full of interesting stars and deep sky objects. 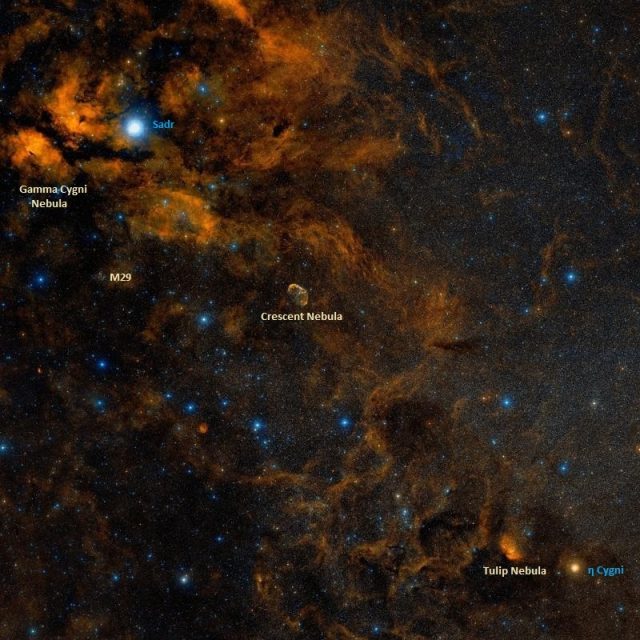 The Tulip Nebula is located in the same region of the sky as the microquasar Cygnus X-1, the first galactic X-ray source widely believed to be a black hole. Cygnus X-1 consists of a star, HD 226868, and a very small high-mass object. The two orbit around each other with a period of 5.6 days. The object was one of the first ever candidates for a black hole. 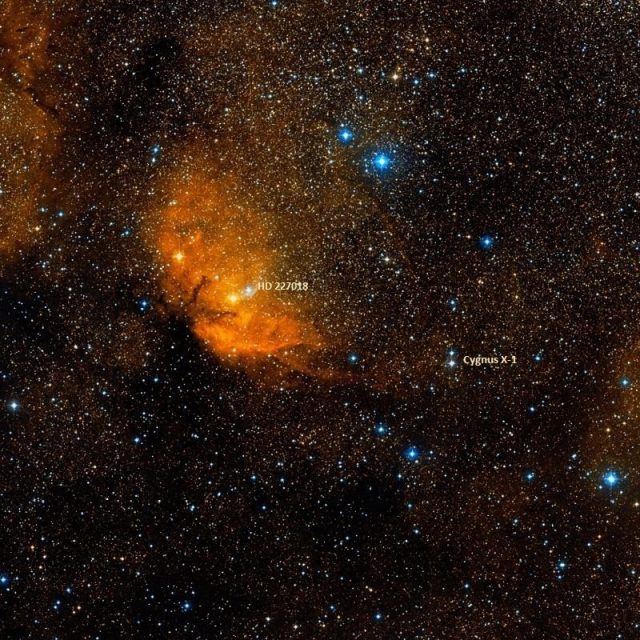 The small open cluster NGC 6871 that can be seen near the Tulip Nebula consists of fewer than 50 members, most of which are young blue and white stars. The cluster has an apparent magnitude of 5.2 and is 5,133 light years distant from Earth. 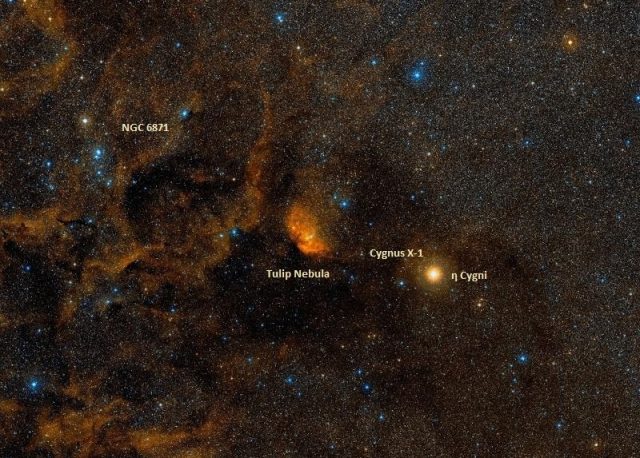