The Christmas Tree Cluster is a young open cluster located in the constellation Monoceros. It is part of the NGC 2264 region, along with the Cone Nebula and the Fox Fur Nebula, and belongs to the Monoceros OB1 association, a loose association of very young stars located in the Orion Arm of the Milky Way.

The Christmas Tree Cluster was named for its triangular shape, formed by a cluster of very young stars,  that looks like a tree in visible light. It is located in the northern part of NGC 2264, just above the Cone Nebula. The seventh magnitude member HD 47887 sits just above the tip of the Cone and the bright variable star S Monocerotis (15 Monocerotis) is located slightly to the north and marks the trunk of the Christmas tree.  The apex of the tree is located at the Cone Nebula. 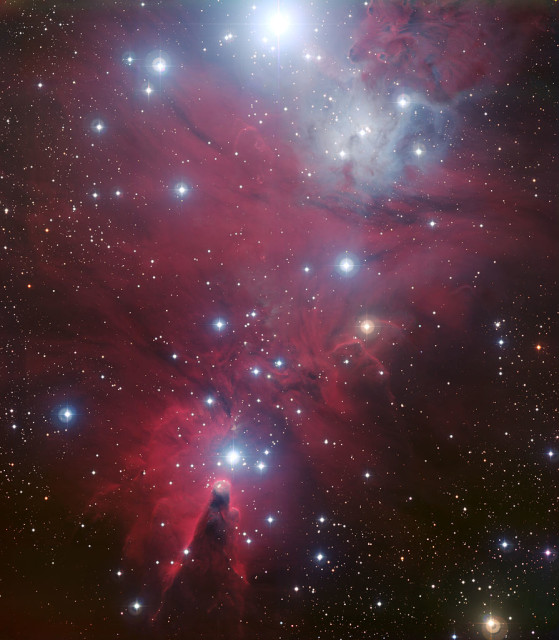 This colour image of the region known as NGC 2264 — an area of sky that includes the sparkling blue baubles of the Christmas Tree star cluster — was created from data taken through four different filters (B, V, R and H-alpha) with the Wide Field Imager at ESO’s La Silla Observatory, 2400 m high in the Atacama Desert of Chile in the foothills of the Andes. The image shows a region of space about 30 light-years across. Image: ESO

S Monocerotis, which lies at the base of the cluster, is a bright irregular eruptive variable star with a magnitude that varies from 4.62 to 4.68. It is a multiple star system with a hot, massive O-type main sequence dwarf as the primary component. HD 47887 is a giant star belonging to the spectral class B3. 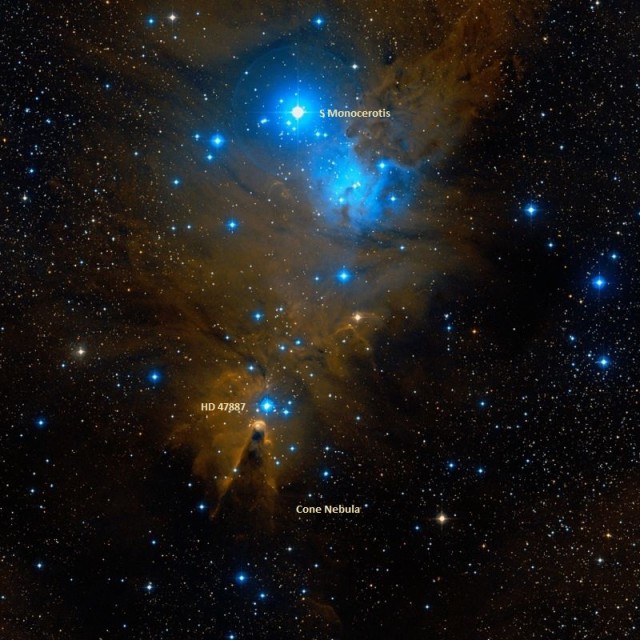 The Christmas Tree Cluster is visible to the naked eye in good conditions and appears quite striking in binoculars. The Christmas tree shape can be seen in small telescopes at low power. The cluster can be found using the brightest stars of Orion and following a line drawn from Bellatrix to Betelgeuse to the east and a little bit north. 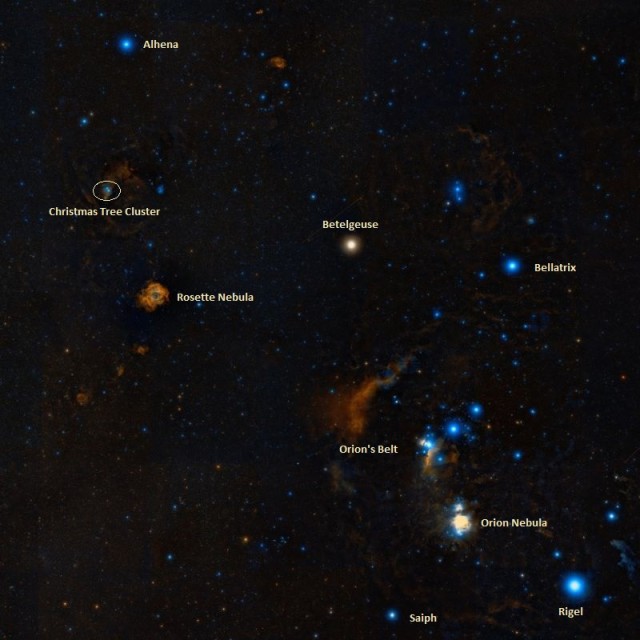 The stars in the cluster were formed very recently from the surrounding molecular cloud. The cluster contains more than 600 members that are 1 to 4 million years old, including several dozen OB stars and more than 400 lower mass members.

The Christmas Tree Cluster was discovered by William Herschel on January 18, 1784. Herschel catalogued it as H VIII.5. He did not discover the surrounding nebulosity until December 1785. 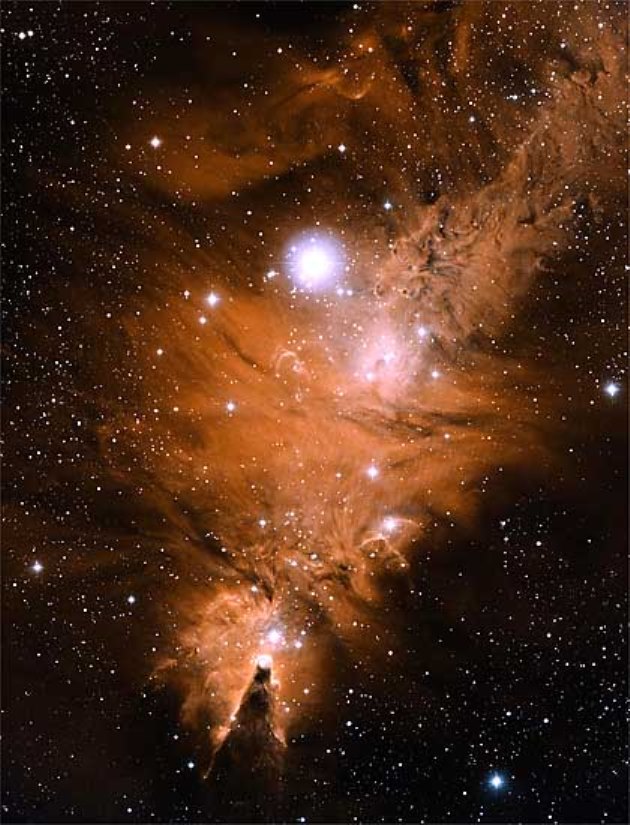 Also known as NGC 2264, the Christmas Tree Cluster is an open cluster of stars embedded in a diffuse nebula. This image taken in visible light also contains two famous nebulae. At the bottom center of the image is the Cone Nebula, and to the upper left is the Fox Fur Nebula. When viewed upside-down, the entire cluster looks like a Christmas tree. Image: NASA/JPL-Caltech/P.S. Teixeira & C.J. Lada (CfA)/E.T. Young (U. Arizona)