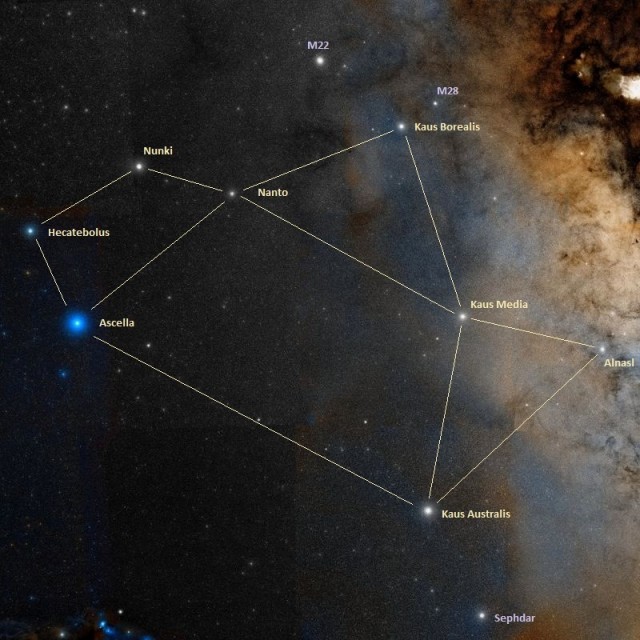 The Teapot is a prominent asterism in the southern sky, formed by the brightest stars of the southern constellation Sagittarius. 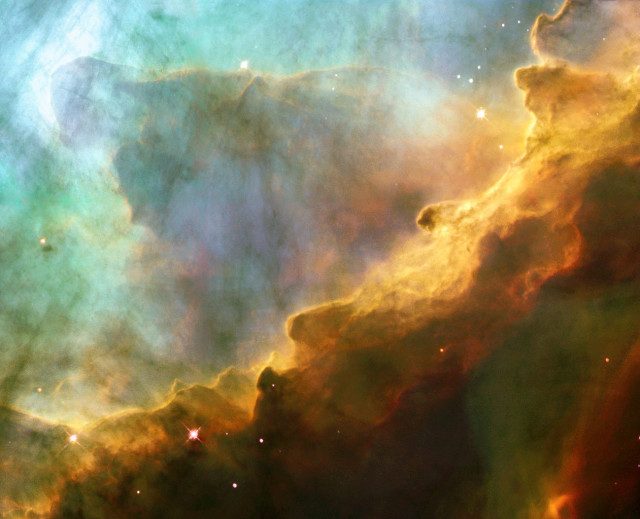 The Omega Nebula, also known as Messier 17 (M17), is a bright emission nebula located in Sagittarius constellation. It was named Omega for its resemblance to the Greek letter omega, Ω. The nebula has the designation NGC 6618 in the New General Catalogue. It is also known as the Swan Nebula, Horseshoe Nebula, Lobster Nebula, … END_OF_DOCUMENT_TOKEN_TO_BE_REPLACED