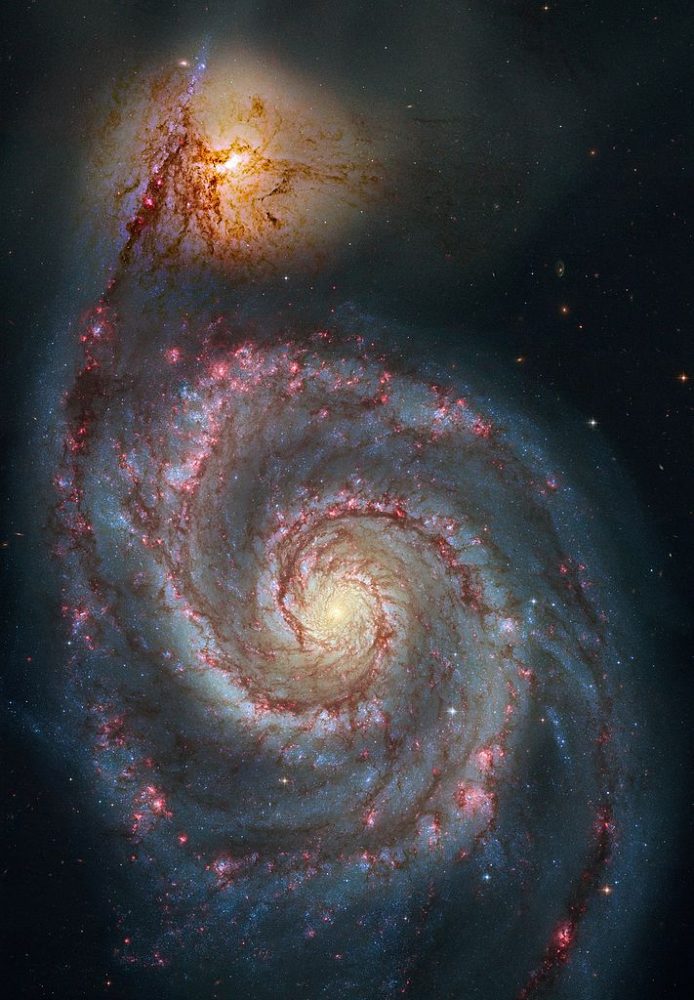 The Whirlpool Galaxy, also known as Messier 51 (M51) and NGC 5194, is a grand-design spiral galaxy in Canes Venatici. The galaxy appears face-on when seen from Earth. Its designation in the New General Catalogue is NGC 5194. The galaxy lies about 23 million light years from Earth. It was named the Whirlpool because of its swirling spiral structure.

The Whirlpool Galaxy is one of the brightest and most famous galaxies in the night sky, notable for its two striking spiral arms that make M51 a grand design galaxy. The spiral arms are really lanes of stars and starburst regions interspersed with dust. They compress hydrogen gas and are responsible for creating new clusters of stars.
Read More »Whirlpool Galaxy – Messier 51