The Orionids (Orionid Meteor Shower) are an annual meteor shower that occurs between October 16 and October 27.

The meteor shower peaks around October 21 with a zenithal hourly rate of 20 to 25 meteors. The exact dates vary from year to year, as does the hourly rate. The Orionids sometimes also have double peaks. The meteors typically reach a velocity of 66 kilometres (41 miles) per second.

The radiant of the Orionid Meteor Shower, or the point the meteors appear to come from, is located just to the north of the bright star Betelgeuse in Orion constellation. It lies near the border with the constellation Gemini.

When observed from mid-northern latitudes, the radiant is located in the south-eastern sky before sunrise. However, the Orionids can be seen shooting across a large area of the night sky and not just in the direction of Orion. The meteors are visible both from the northern and southern hemisphere.

A green and red Orionid meteor striking the sky below Milky Way and to the right of Venus. Zodiacal light is also seen at the image. The trail appears slightly curved due to edge distortion in the lens. Image: Brocken Inaglory

Halley’s Comet was named after Edmund Halley, the astronomer who observed it in 1705 and discovered that three previous comets seemed to come back every 76 years. Halley was the first to suggest that the three comets may in fact be only one comet. 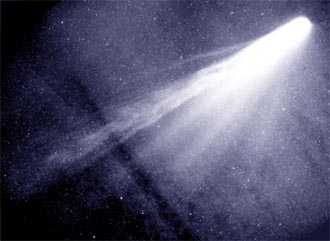 Halley’s Comet is the only short-period comet that can easily be seen without binoculars from Earth. It completes an orbit around the Sun every 75-76 years and it last passed through the inner solar system in 1986. It will next be visible from Earth in 2061. The comet has been in the solar system for more than 2,000 years and sightings have been reported since at least 240 BC.

When Halley’s Comet passes near the inner planets, the Sun warms up some of its ice and, as a result, pieces of rock break away and continue on the comet’s trajectory.

It is these particles that appear to us as meteors when they pass through Earth’s upper atmosphere as our planet passes through a stream of debris left behind by the comet. As the particles reach our atmosphere, they heat up and disintegrate, leaving colourful streaks across the sky.

The Orionids were discovered in October 1839. Edward C. Herrick observed and documented the activity in the October sky in 1839 and 1840.

It was the English astronomer Alexander Stewart Herschel , son of John Herschel, who produced the first record that made it possible to make accurate forecasts for the next meteor shower.

In October 1864, he spotted 14 meteors that appeared to radiate from Orion constellation. The following year, Herschel confirmed that the meteor shower indeed originated from a point in the direction of Orion.

The dimensions of Halley’s Comet are 16x8x8 kilometres. It is one of the darkest, least reflecting objects found in our solar system. 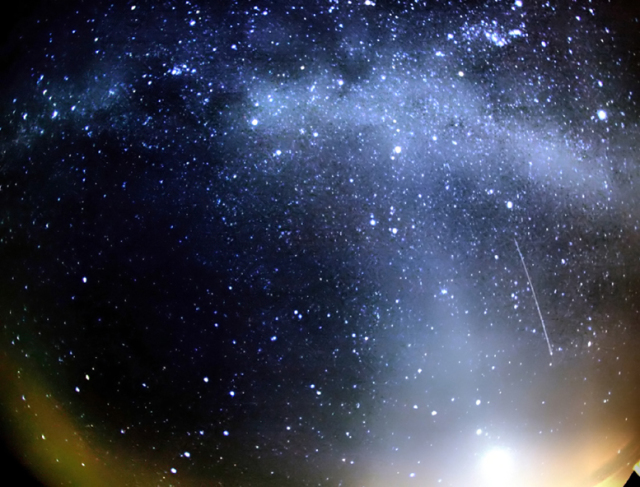 Orionid meteor striking the sky below Milky Way and to the right of Venus and Zodiacal light. Image: Brocken Inaglory

In 2014, the meteors started shooting across the sky around October 2. The meteor shower is expected to last through the first week of November and peak around October 20 – 21. The Orionids should be easy to see both from northern and southern latitudes. The almost new Moon will not be too bright and the dark skies will make this year a favourable one for observing the meteor shower.