Darth Vader’s Galaxy, also known as NGC 936, is a barred spiral galaxy located in the constellation Cetus, the Whale. It lies at an approximate distance of 50 million light years from Earth and has an apparent magnitude of 10.2.

NGC 936 occupies an area of 4.7 by 4.1 arcminutes of apparent sky. It was nicknamed after the Twin Ion Engine (TIE) starfighters, which were part of the Imperial fleet in the Star Wars universe. Lord Vader himself used one of these fighters in Episode IV.

The galaxy has a bright bulge and a prominent bar structure crossing it. Together with the bright ring of stars around the galaxy’s core, these resemble the cockpit and wings of the TIE fighters. The structure is visible in amateur telescopes.

NGC 936 contains only old stars and shows no evidence of recent star formation. A supernova was discovered in the galaxy on June 28, 2003. Designated SN 2003gs, it was classified as a Type Ia supernova. It peaked at magnitude 14.14.

NGC 936 was discovered by the German-British astronomer William Herschel on January 6, 1785. It lies in the same region of the sky as the better known barred spiral galaxy Cetus A (Messier 77) and the famous red variable star Mira, Omicron Ceti. 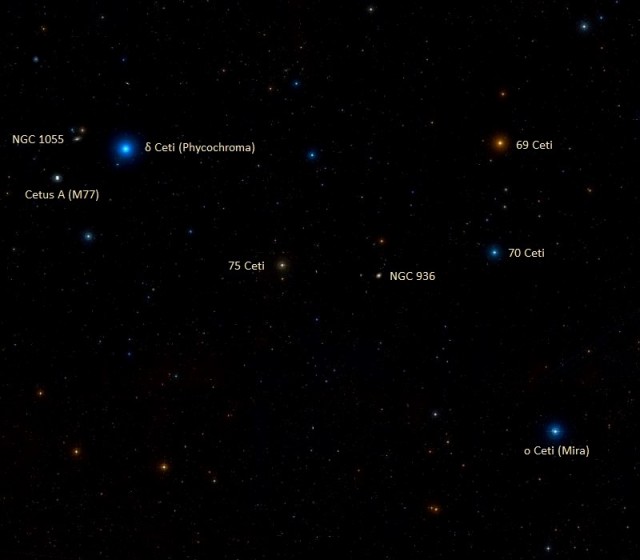 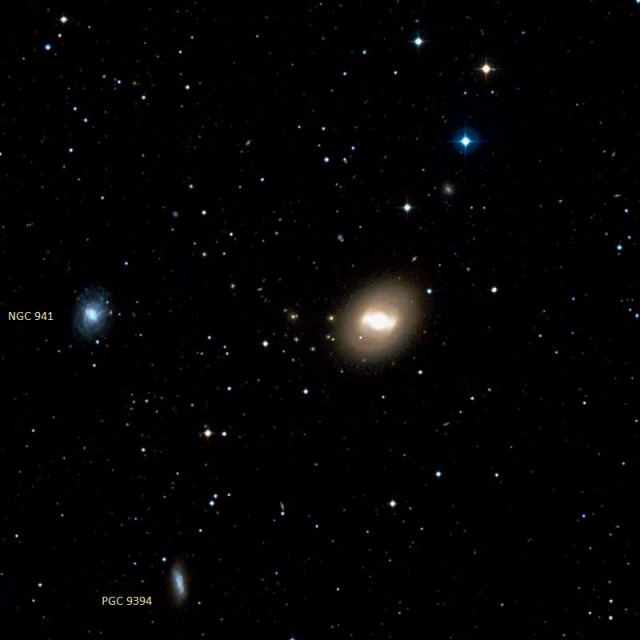