Copeland’s Septet, also known as Hickson Compact Group 57 (HCG 57) and Arp 320, is a group of interacting galaxies located in the constellation Leo. 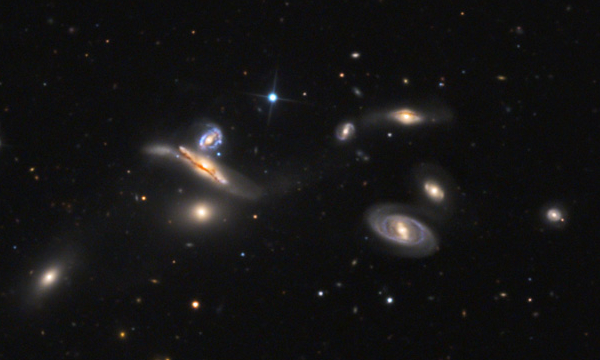 Copeland discovered the group while working for William Parsons, 3rd Earl of Rosse, as an assistant. He discovered the galaxies with the 72-inch Leviathan of Parsonstown, a historic reflector built by Lord Rosse at Birr Castle. The six-foot telescope was the largest telescope in the world between 1845 and 1917, when the 100-inch Hooker Telescope was built at Mount Wilson Observatory in California.

Dr. Paul Hickson included the group in his Atlas of Compact Groups of Galaxies (1982) as HCG 57. The galaxy PGC 36010 is a member of the group. Other well-known compact galaxy groups catalogued in the atlas include Stephan’s Quintet (HCG 92) and Seyfert’s Sextet (HCG 79).

Copeland’s Septet lies in the eastern part of Leo, above the lion’s tail.  The two brightest members can be seen in a 12-inch telescope, but to see all the galaxies one needs a larger instrument. 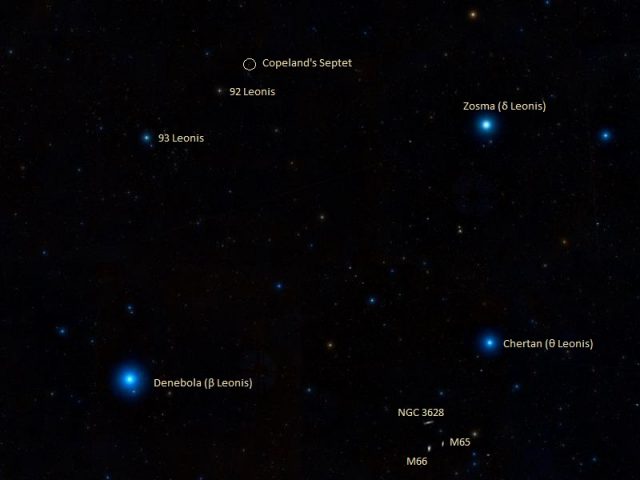 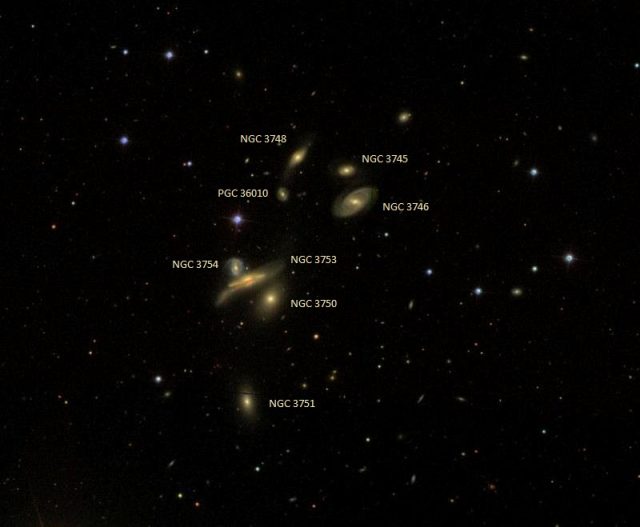 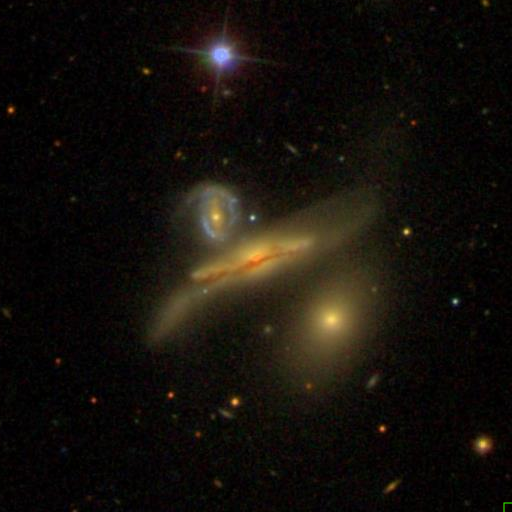 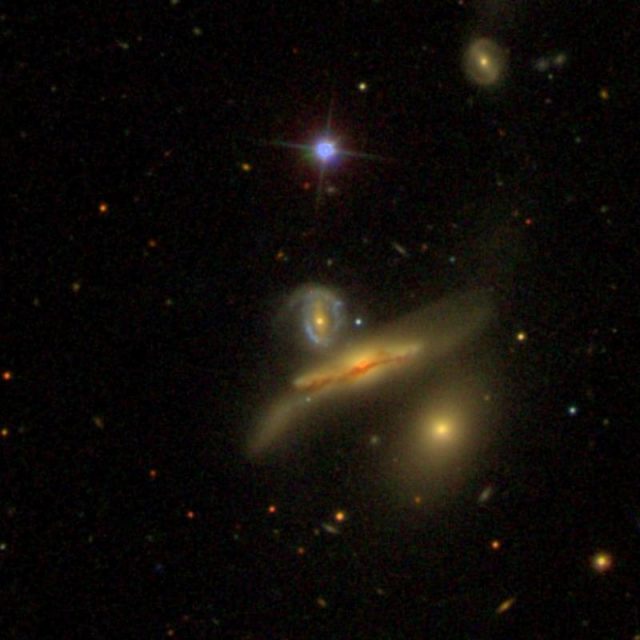